A visit to Alcor Life Extension Foundation by KrioRus delegation

On 03/23/2011 the Executive Board of "KrioRus" was paying an introductive visit to the world famous Alcor Life Extension Foundation, which is located in Scottsdale, Arisona (USA).

Our delegation consisted of: "KrioRus"'s CEO Udalova Valeria Viktorovna, chairman of board of directors of "KrioRus" Medvedev Danila Andreevich, former president of Alcor Mike Darwin (Federowicz), who was gracious to offer hospitality and escort, and our camera man and film editor Stanislav Lipin.

We started out journey at 5 a.m. from the town of Yakka Vale (CA, USA), where we guested at Mike Darwin's place, studying his unique experience in crionics and resuscitation science. We made it to Alcor' only by 11 a.m. Although the road took quite a lot of time, we had enough time for meetings and communication ahead, since return flight was at 8 p.m.

First to meet us was Max More - famous transhumanist, founder of Extropy Institute, who recently became president and CEO of the Alcor Life Extension Foundation. We would like to gratefully mention, that although there was his first cryopreservation as president on that day (which he controlled remotely), he managed to spare us enough time also.

On our first meeting we talked with Max More and Hugh Hixon (Alcor facilities engineer). We also greeted Aaron Drake, thre logistics coordinator, who was in a hurry for plane to California. We met other Alcor's workers later.

While our first conversation, we were just plied with questions, and we mostly talked about "KrioRus". We could share some of our marketing experience, mass media relationships, social aspect of crionics. On behalf of "KrioRus", we presented  Max More with magazine with our recent article "Crionics and medicine" and also a gift - fluorescent night picture of the Kremlin.

Our talk gradually became more informal, and soon Max More started demonstration tour in "Alcor" for us. First he showed us storage facility with cryopatients, which we could see through a bullet-proof glass right from the conference hall. It was about time to refuel liquid nitrogen and check dewars.

Alcor has semi-automatic refueling system for liquid nitrogen, which allows for refueling all dewars at a time through a system of pipes. Hugh Hixon and Michael Perry make sure to watch the process and record all readings. Michael Perry is the oldest worker in Alcor and an author of fundamental book "Forever for All. Moral Philosophy, Cryonics, and the Scientific Prospects for Immortality", on which he worked for more than 10 years. He presented a copy of his book with his inscription to the CEO of "KrioRus".

It's worth mentioning, that cryostorage facility in Alcor creates good impression and it's the heart of the company. There are 103 patients currently stored in Alcor (most of them "neuro") and 930 are members of Alcor. Although the word "cryocompany" is rather familiar in Russia, Alcor (and Cryonics Institute too) are noncommercial organizations. As for us, we are currently studying the possibility of creation of noncommercial cryonic organization in Russia.

It's also worth to say that, although they have well-handled cryostorage, Alcor's president and CEO's were rather interested in our thoughts about increasing reliability of storage and implementing emergency plans. We also discussed this issue, applied to both Alcor and KrioRus.

Then the observation window was closed and we started our long excursion to every nook and place in Alcor. We saw workrooms and facilities, storage area and famous Alcor's cryo-vehicle. Many different aspects of Alcor's experience might be worth implementing in "KrioRus" to improve it. It's even more important now, when we are planning to build our own large building. We forsee it in somewhat different way than Alcor, but our gained knowledge is quite essential - from tiny details (like how to anchor shelves in crio-vehicle) to general questions like disposition and purpose of rooms in the building of criocompany.

Hugh Hixon also showed us his project of automatic perfusion system, which he is developing. We know two more cryonic scientific and research organizations in USA, that are also working on such equipment. Unfortunatelly, this system is unfinished. Hugh hopes to complete development in several years and we wish him success and accomplishment in this business for good.

After our great tour in Alcor, we had an opportunity to talk with Michael Perry, who is now the main chronicler of cryonics. We made some photos together,  showed him pictures of "KrioRus" and told its story, in which he was obviously interested. He was also interested in the doctrine of Nikolai Fedorov, russian philosopher and immortalist.

We left Alcor in 7 hours, tired, though happy and filled with new experience. We gained better understanding of how to develop "KrioRus" and cryonics in Russia in general. We hope, our cooperation with "Alcor" will be prolonged and productive. And once again we would like to express our gratitude to "Alcor"s president Max More for his kind invitation and hospitality. 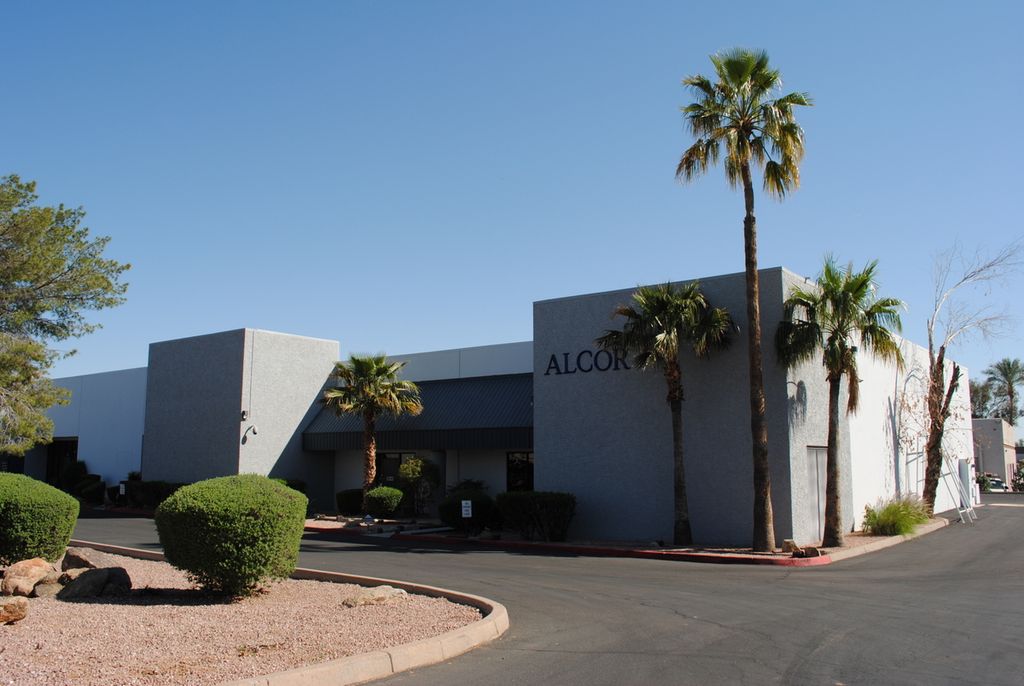 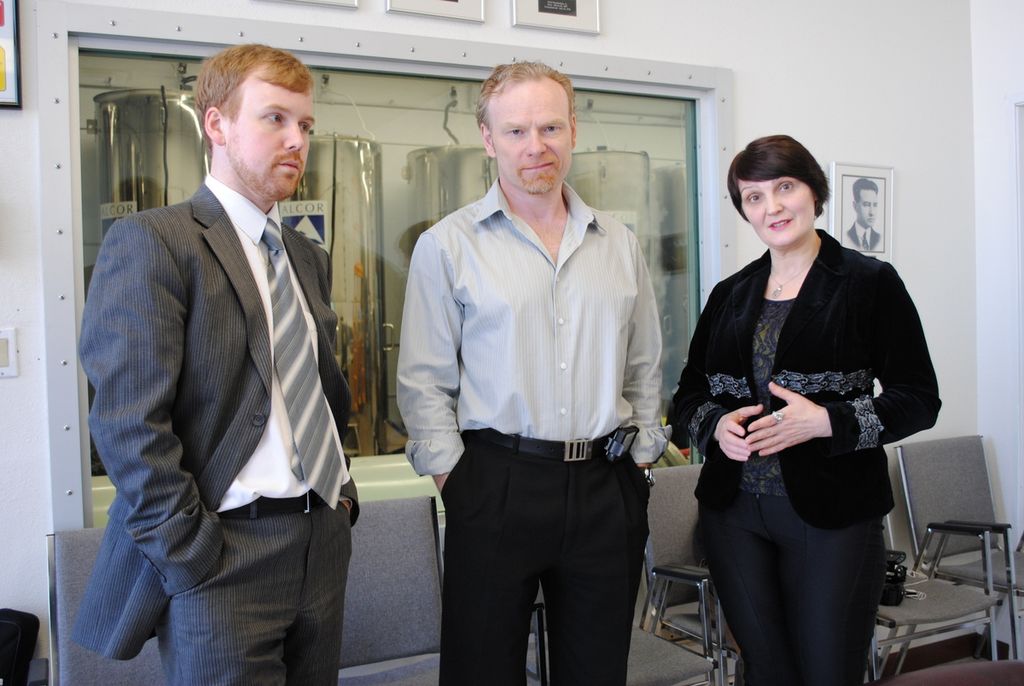 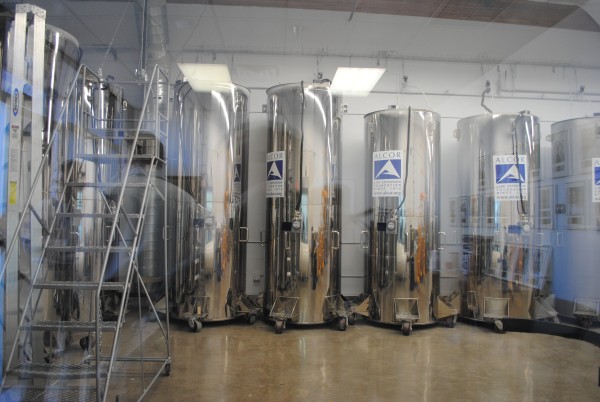 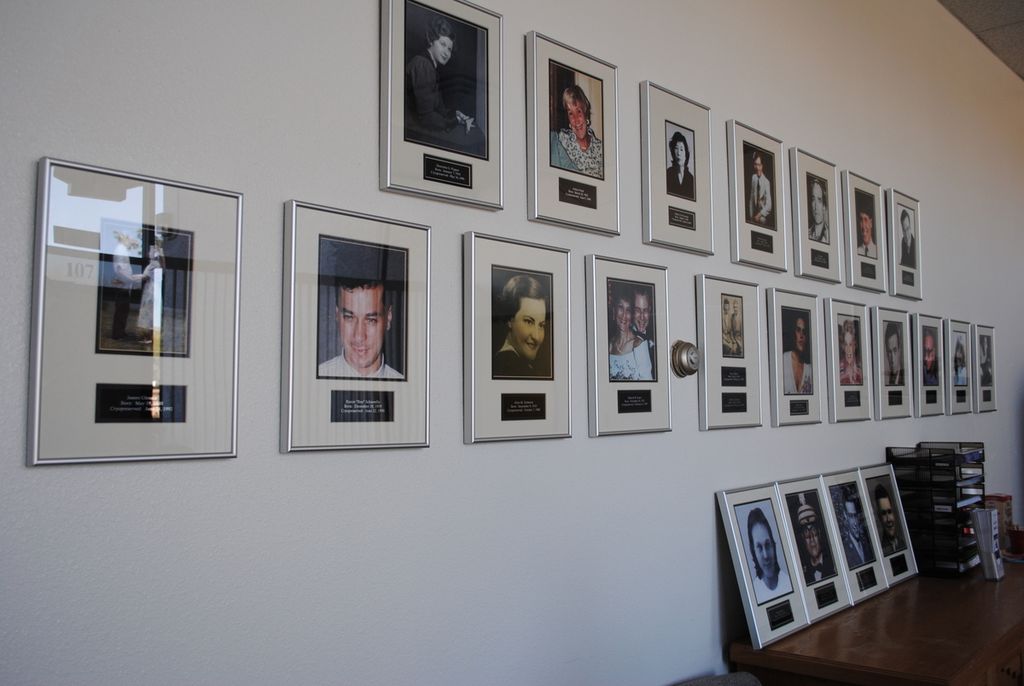 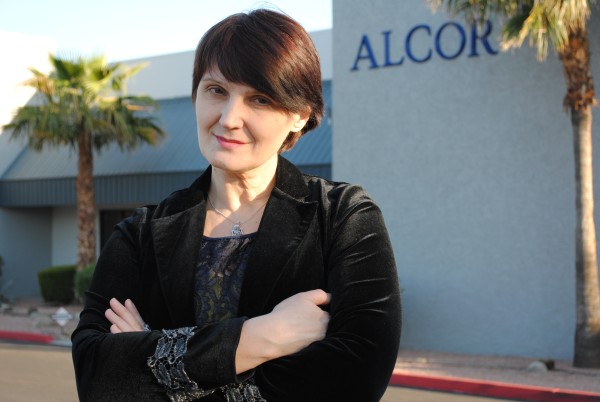