KrioRus is a scientific research organization and the first company outside the USA to provide cryonics services such as preliminary preparation, perfusion and preservation of cryopatients at ultralow temperatures. We plan to restore our patients to life and cure them in the future.

Our company has cryopreserved 74 people and 42 animals in Russia so far. All of our patients are now kept in liquid nitrogen waiting for the time when they will be revived. Over 500 people have also concluded contracts with KrioRus to be cryopreserved in case of death, their own or their loved ones. In 2012 an outstanding cryobiologist Yury Igorevich Pichugin who also conducts scientific research into cryobiology in our laboratory, signed a contract with KrioRus. Citizens from Netherlands, Great Britain, Estonia, Denmark, Japan and other countries are  also clients of KrioRus.

KrioRus started as a project of the Russian Transhumanist Movement, a social organization which promotes transhumanism and immortalism, studies the perspectives of modern technologies advancement and develops them. But earlier in 2003 before KrioRus was legally incorporated, the first patient in Russia was cryopreserved by I.V.Artyuhov (who later became co-founder and scientific director of KrioRus (2006-2011 and from 2014)). Thus the first Russian cryopatient has been cryonized for 10 years by now! Since KrioRus was first incorporated, the Danila Andreyevich Medvedev, Ph.D. in Economics and a famous Russian futurist and transhumanist, has served as the general director.

Initially KrioRus was formed to provide the co-founders and the members of their families, the members of the Russian Transhumanist Movement  with cryopreservation services and to develop scientific and technological basis for cryonics (anabiosis). Later when other people of our country revealed interest it was decided to offer cryonics services including scientific research activities to all citizens of Russia (at first in Moscow and St Petersburg). From 2006 we offer human and animal cryopreservation as well as some additional services to all citizens of Russia, UIN and foreign countries.

In August 2011 a site was chosen to build a new cryodepository for KrioRus. The lot  is approximately 20 hundredths of a hectare in a quiet green area in the north of the Moscow region. The facility  was designed in the constructivism architectural style,  practical and modular. If necessary the rooms can be doubled in size, and the temperature can be regulated for laboratory experiments. There is also a basement.

December 25, 2011 KrioRus employees Pavel Ilyin, Denis Borisov, Andrey Shvedko together with volunteers prepared all cryopatients to move to the new repository. Cryonic patients were removed from the dewar “Anabiosis-1” where the temperature had been gradually increased from -196°С to -80°С, and then transferred into safe cryonic containers filled with dry ice for transportation. 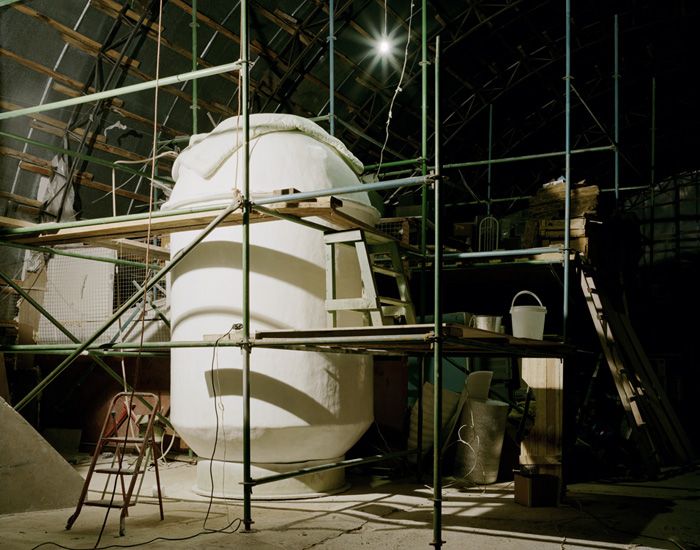 On January 12, 2011 all cryopatients were successfully transported and the dewar was installed in the new cryonic depository.

At present the company has cryorepositories at its disposal equipped with all necessary appliances:

The proven technology of producing special dewars and cryostats that were designed just for cryonics purposes allows us to create more storage capacities for our patients and open module depositories in a short space of time.

The cryorepositories are guarded twenty-four hours a day. Several independent enterprises producing liquid nitrogen and dry ice are not far from the repositories,  increasing the security of our cryopatient storage.

December, 2014 – the delegation of cryonicists from Finland and Great Britain arrives at KrioRus.

October, 2014 – the 40tht client of KrioRus and the 1st Japanese client in the world are cryopreserved.

September, 2014 – KrioRus directors are on a business tour in Switzerland.

August, 2014 – a dewar similar to the one of the Institute of Cryonics is being constructed.

November, 2013 – KrioRus is awarded the Large Gold medal at the famous exhibition Necropol-2013 in the nomination “Research works, engineering developments”.

May, 2012 – the total number of cryopreserved patients reaches 20.

March, 2012 – the first stage of neurophysiological experiments in survival of frozen rat hippocampus samples conducted under the guidance of Y.I.Pichugin’s is concluded.

January, 12, 2012 – our cryopatients are at last successfully transported to the new cryodepository in the north of the Moscow region. January, 4, 2012 – the dewar is installed.

December, 25, 2011 – all cryopatients are prepared to move. They are transported from the dewar “Anabiosis-1” where the temperature was  gradually increased from -196 to -80 degrees for several weeks, into secure cryonic containers filled with dry ice for  transportation.

August, 2011 – the site for the new KrioRus cryodepository is finally chosen, as well as one more place to build a small storage facility nearby the cryonics repository.

May, 2010 – the main pages of the KrioRus website are translated into English and 6 other languages.

April, 2010 – D.A. Medvedev participates in a conference on cryonics technologies held in the USA, Stage two of work upon the “Anabiosis-1” dewar begins, a pedestal for the “KA-2” dewar is constructed and the dewar is tested.

February, 2010 – organization of a cryonics centre in Latvia has begun,  but subsequently abandoned because  the department director moved house.

January, 2010 – KrioRus participates in the meeting of cryonicists in Maiami, USA.

September, 2008 – we search for a building to house a new cryonics centre. Later this idea was tabled temporarilly.

April, 2006 – the first two patients are placed into the KrioRus depository.

Goals of the KrioRus project: