Supercooling prolongs the preservation period for the human liver

Human liver can be stored for 27 hours outside the body at a temperature of + 4°C, using an improved method of supercooling described in a paper published on 9 September 2019 in Nature Biotechnology.

One of the main reasons for the acute shortage of donor organs is the lack of technology which could preserve organs for more than a few hours. It is often difficult to find organs for transplantation not only because of the lack of donors, but also because organs quickly lose their viability. Isolated human liver is usually kept cold and stored at the temperature of 4°C and under these conditions it is preserved for 9 hours. This time is not always enough to move the organ from one clinic to another and prepare the recipient for surgery. Today, only 36,500 people of 730,000 who are at the terminal stage and need the transplantation in the United States receive donor livers.

A team of scientists from the Netherlands and the United States, led by Reinier de Vries has developed a technique that allows to store an isolated liver for a much longer period. This protocol can extend the life of an organ outside the body for 27 hours which is three times longer than the usual period. The current standard for maintaining hypothermia at a temperature of +4°C preserves the liver for 12 hours. Earlier Korkut Uygun and his colleagues showed that the cooled storage of rat liver at a temperature of -4°C can extend the period of its preservation and viability. However, the possibility to use this method of cooling with other human organs is limited. 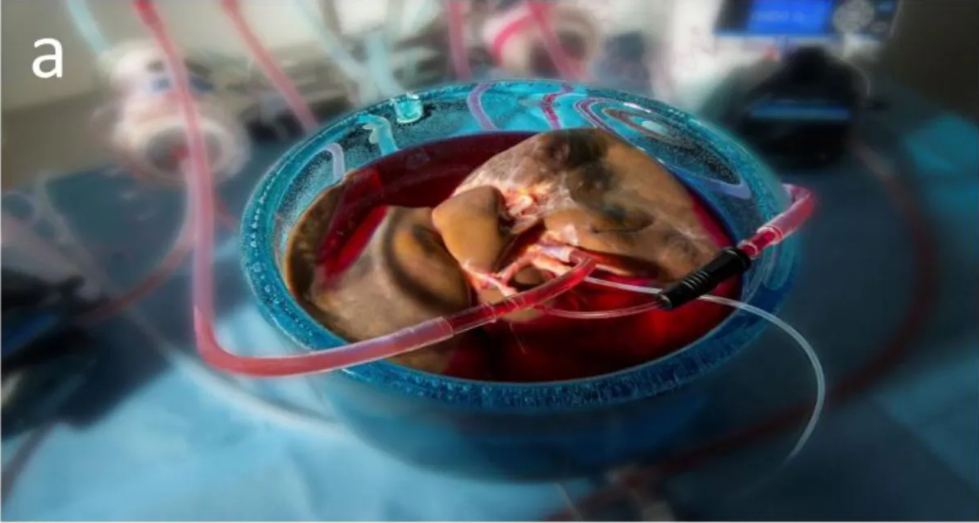 a) the liver during the cooling phase of subnormothermic machine perfusion.

In this study, Reinier de Vries, Shannon Tessier, Korkut Uygun and their colleagues describe an improved cooling method that prevents human liver from death. The authors were able to store the liver at a temperature of-4°C with hypothermia, extending the life of the organ up to 27 hours.

The Protocol of preparation and preservation of the liver consists of three stages. First of all, scientists have limited the contact of the liquid, which is used for cooling the liver, with air. This reduces the risk of ice crystals forming on the surface of the organ. Then it was cooled according to the standard procedure and delivered to the laboratory which took about 6-12 hours.

And then the liver was washed with cryoprotectants. The cryoprotectant solution included glycerin, which is also often used in freezing embryos or germ cells, 3-O-methyl-D-glucose and tregallose, a carbohydrate which is used by insect larvae to survive extreme temperatures. Gradually increasing the concentration of cryoprotectants and changing the rate of perfusion, the scientists cooled the liver to -4 degrees. This allowed the solution with new viscous properties to be distributed evenly throughout the organ.

The organs were left in this state for about 20 hours before they were thawed, by heating slowly and washing out the solution with cryoprotectants. They were reheated to 21 degrees to restore blood flow after which the liver was washed. 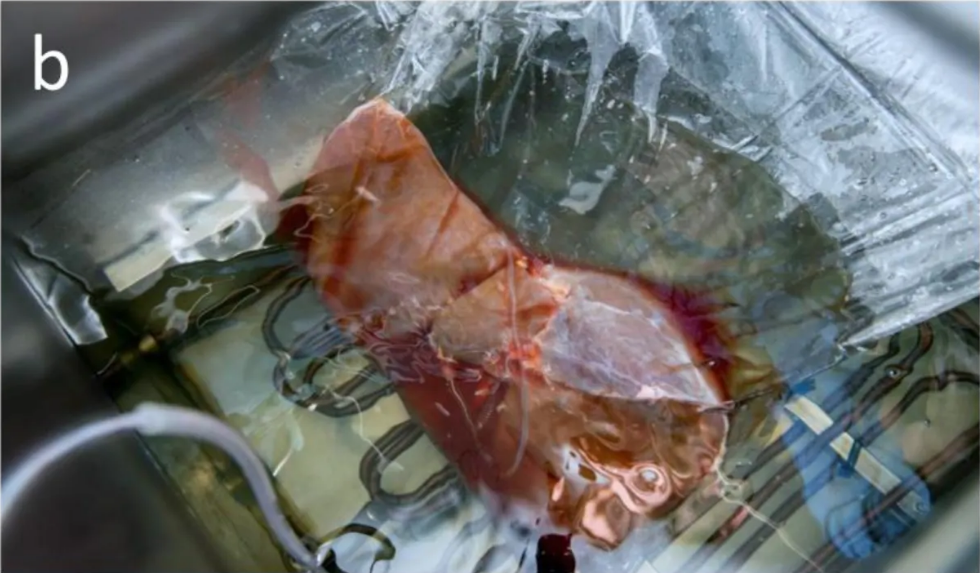 b) the liver submerged in a pool of the refrigerator during the supercold storage.

Scientists tested this protocol on five trial donor organs, which for one reason or another were not suitable for transplantation.

After full thawing, the researchers tested the organs for viability. One of them stopped producing bile before it was cooled, another in the process, but the other three retained this ability. Moreover, the scientists calculated the amount of ATP in the cells which serve as a sign that the cells feed, breathe and receive energy. ATP levels, as expected, decreased when cooled, but returned to normal after thawing. Organs consumed the same quantities of oxygen as before the experimental cooling and their vessels resisted the flow of liquid. To simulate transplantation into a new organism, scientists washed liver vessels with donor blood with immune cells, but they did not notice any signs of acute rejection. The viability of the liver before and after supercooling remained unchanged, and the supercooled liver was able to withstand the stress caused by simulated transplantation. 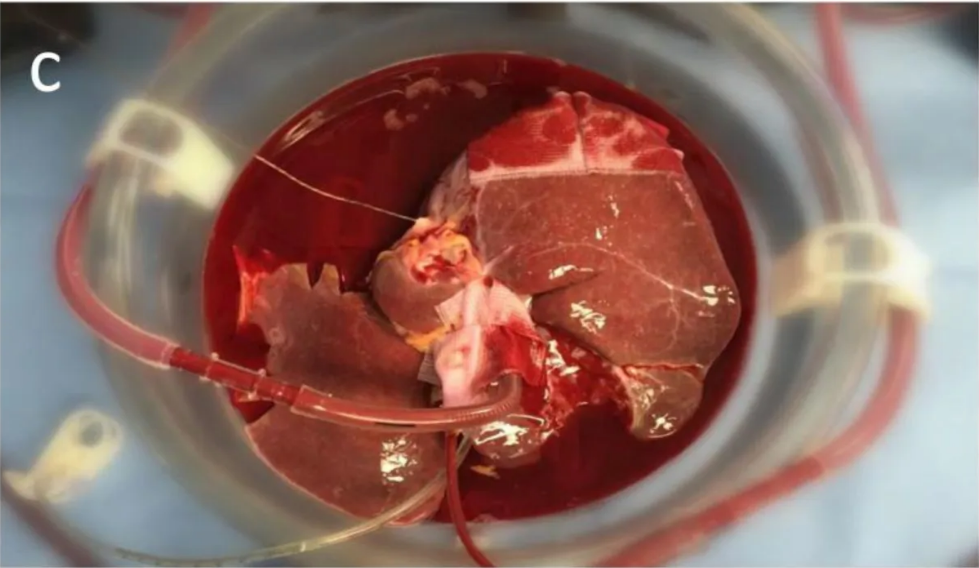 But before introducing this method into practice, it should be tested on large animals, for example, pigs, simulating all the stages of the transplantation, from organ extraction to transplantation.

During the experiments, scientists used subnormothermic machine perfusion, a method in which oxygen and nutrients are continuously pumped at a temperature of about 20°C through the liver to restore organs after hypothermia.

Improving the quality of organ preservation and increasing the time of their preservation will have a drastic impact on the current practice of organ transplantation. Machine perfusion has become an advanced preservation technology to increase the pool of donor organs, assess the viability of the transplant and ensure its adequate functioning. However, its effectiveness for long-term preservation is limited. Preservation of organs at subzero temperatures promises to significantly extend the preservation time, and recent advances in Cryobiology bring it closer to transfer into clinical practice. This would create a preservation process that combines the benefits of machine perfusion with the benefits of supercooled preservation, resulting in the ultimate goal of making donor organs available on demand through an organ bank.