The cryonics ICO team (Initial coin offering) CryoGen is happy to inform you that we successfully completed the Pre-ICO stage and collected a hard-cap of 1,000,000 tokens. This wonderful moment came at midnight from 1st to 2nd of February of the recent year.

It was a difficult journey. Our ICO began at a very unfortunate, moment, when bitcoin began to increase dramatically in value. Now we know that when bitcoin sharply increases or falls sharply, for psychological reasons investors refrain from investing and for us, at that moment when we were not experienced yet, it was a difficult period. However, CryoGen is not just a project that we came up with, it organically grew as a continuation of the activity of our cryonics company "KrioRus". Cryogen is backed by all the fame, and all the competence of «KrioRus».

This is why, at the very beginning, when the crypto community doubted and studied our project, we received quite a few cryonics supporters, who helped our project at the very first stage, and they received a fairly large discount for cryonics. They all were satisfied.

But there was one question remained. In order to build a cryo-centre in Russia, a cryo-storage in Switzerland and to make a prototype of the reversible organ freezing technology (which are the main goals of the CryoGen project), you need quite a lot of money which could hardly come from cryonics supporters overnight.

For a whole month, we remained in suspense, making possible our PR-strategy, we were presenting CryoGen on the blockchain forums. Later on, it became clear that people all over the world are interested in our idea, we began to receive investments from a variety of countries from a lot of unknown people. And, the fact of receiving a good amount of money from Russian investors was very nice.

This inspired us, and, gradually, a small trickle of investment has grown into an already noticeable stream. Also, during the Pre-ICO, we changed the concept of our CRYO token - from the utility of the token to the combined model, in which, investors will be able to profit from their investments.

We think that our token will be very stable and will develop well, because it will be provided with the material component, as well as the scientific competencies of the KrioRus team that carries out this ICO.

Now we go to the main stage of the project - ICO CryoGen. We do not think that our project will be the called "ninja-ICO", which instantly collects tens of millions of dollars. We will have a relatively slow ICO, but this ICO is for people, to save them from death. No matter how many bitcoins you have, immortality is not available to people yet. And at any time you or your family member may need a quality cryonics which Cryogen is trying to create for the entire world.

Now we are gradually restructuring our work and preparing for the ICO, although formally it has already begun, and if we fail to create a super-powerful flow of investment, we will conduct our ICO until the 1st of February of 2019.

By the way, there were some precedents of such a long ICO, for example, the EOS project which came up with very good results.

We will spread the word about our project not only in Russia, Europe and the United States, from where, basically, we collected all the investments, but also in Asia, where investors showed a great interest.

We have a large "roadmap" for the project, which needs, as we understood from communication with investors, a more detailed study of it. Partially, it is already done, and we will soon present a new, expanded version of the roadmap to the public. And as we receive some investments, we will begin to implement the project, collecting only the parts for the implementation of individual roadmap sub-points.

We are also developing a system for encouraging earlier investors. There is nothing good when the bulk of the investment comes on the last day of some stage of the ICO, as we have already seen. This destabilizes the management and the solution to that problem is the development of this type of system which we will present you soon.

We propose you to join our project: invest in it and become our volunteers. Great things will be done together! 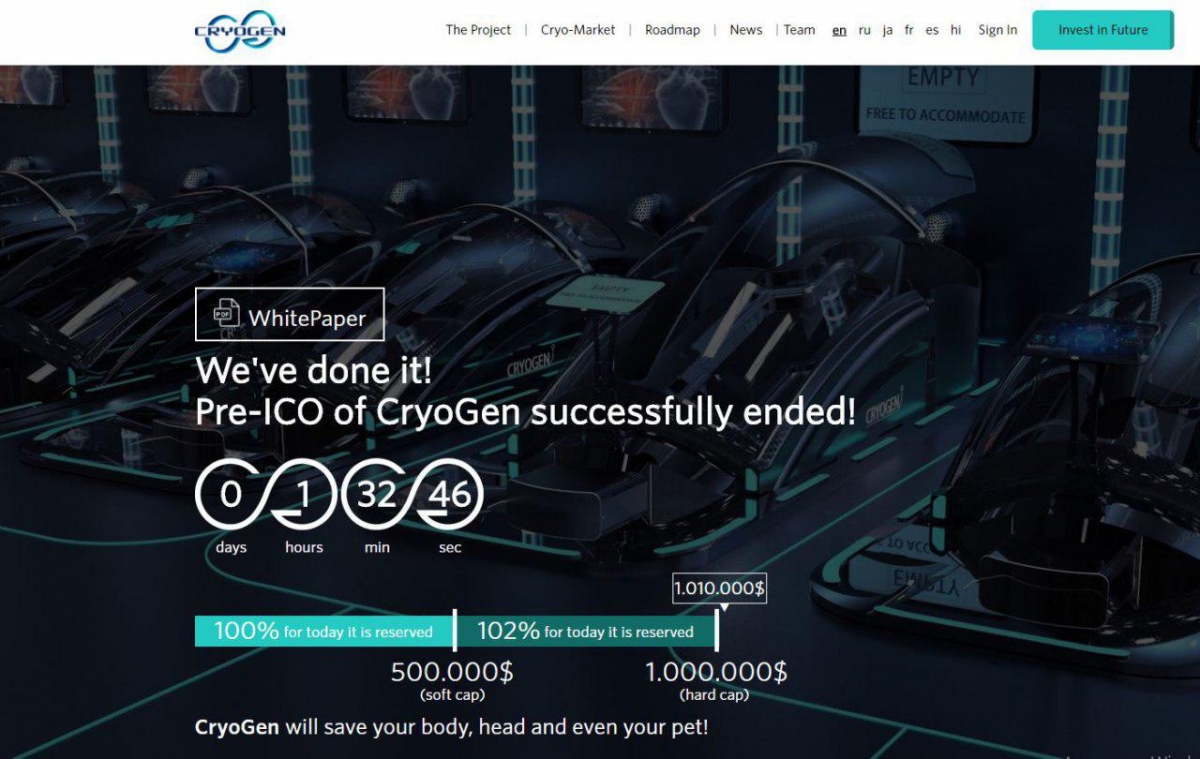