Report on the "Necropolis - Ural 2017" exhibition. 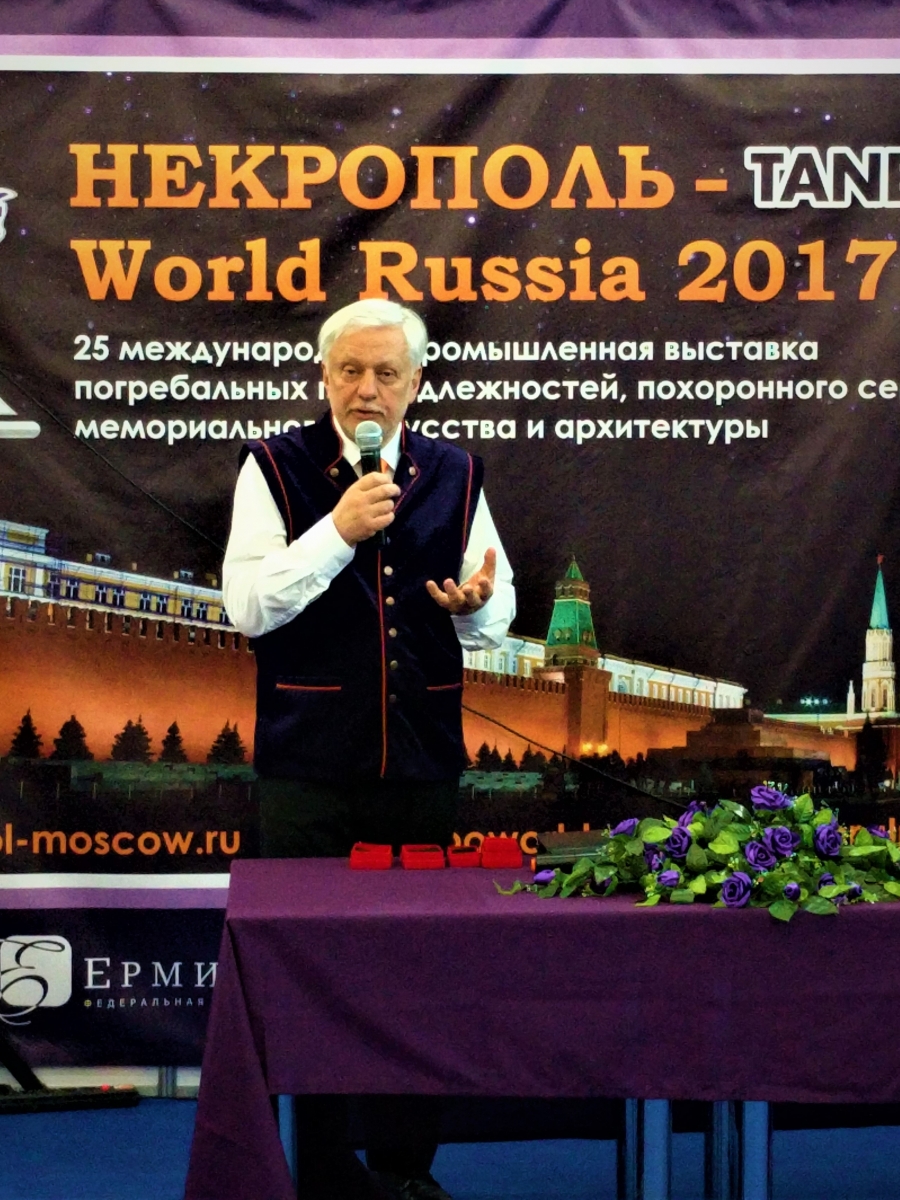 We are very grateful to the organizers and our partners for the opportunity to participate in this event.

As we're observing the development of the funeral industry and studying its history, we can see that the consciousness of both individuals and society as a whole in relation to funerals started to change in recent decades. Beautiful rituals based on the achievements of psychology and aesthetics came to help relatives and friends of deceased people alleviate their suffering. More and more attention is now paid to training ritual workers in the field of psychology and the aesthetics of funerary events. Ritual services absorb new technologies, and still they are implemented in accordance with centuries-old traditions. But the use of new achievements leads to the fact that those who have lost loved ones now do not encounter with solely the pain and horror of loss. Rituals lead, rather, to sadness, awareness and acceptance of what happened.

In this regard , the development of the ritual industry is becoming increasingly successful. But we believe that the funeral should be gradually replaced by cryonics, and though treading lightly, we steadily move society in this direction.
Regarding our participation in the "Necropolis - Ural 2017" exhibition - it's nice that "KrioRus" is no longer a curiosity, but a brand recognizable and respected in the funeral industry, which funeral workers do not shy away, but on the contrary express a willingness to cooperate and offer help.
So, habits are beginning to change. The "Necropolis" exhibition makes this transition more lenient and understandable for both the employees of this service sector and all those who are forced to make use of these services.
Diamonds from the hair of a loved one are offered by the funeral home from Italy, sending the dust to space, to the stars; cryonics with the possibility of restoration in the future... Now all this becomes more understandable and does not cause incomprehension that could be observed a few years ago. 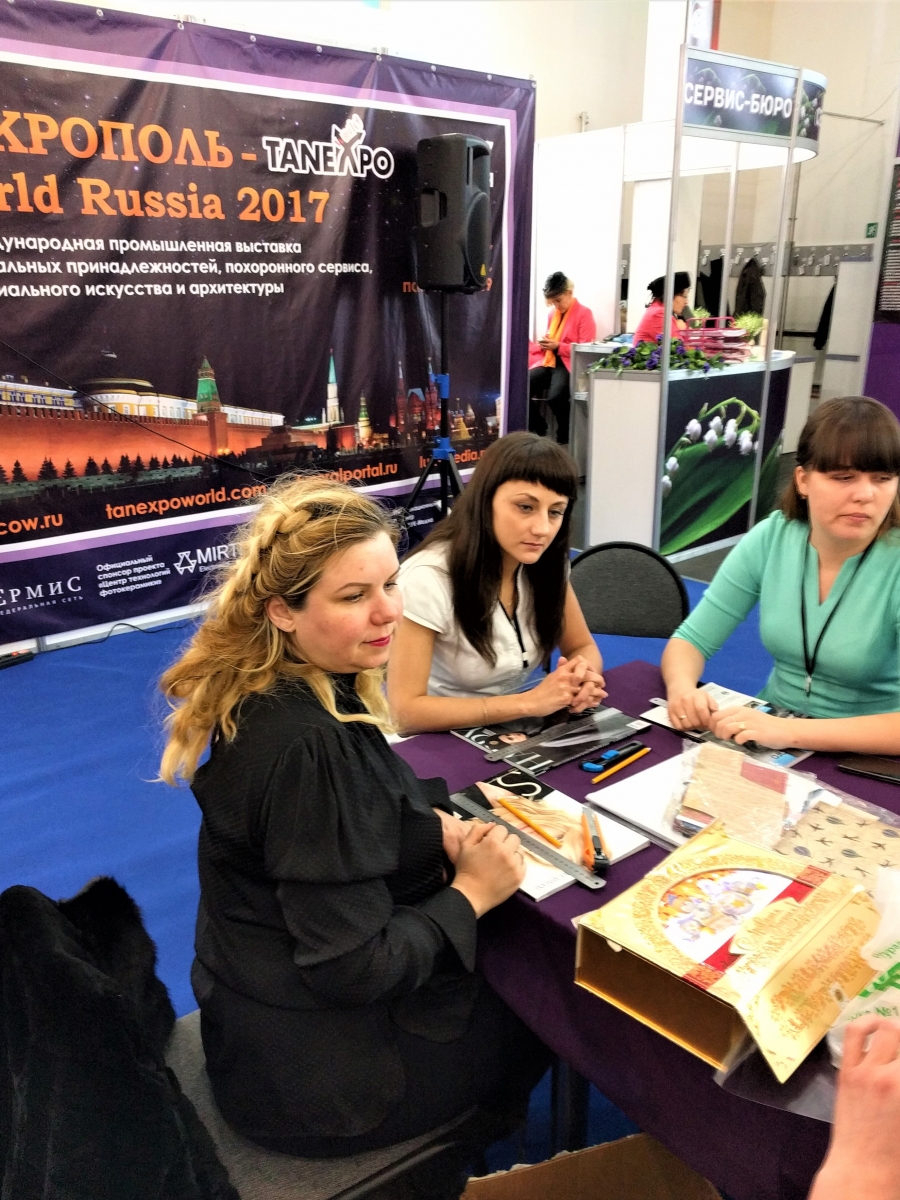 Our group constantly communicated with visitors and other exhibitors at the event . Ivan Stepin gave a lecture on cryonics. It was attended by up to 60 people, which can be considered a success for a lecture at a regional exhibition. It was nice to make an acquintance with many other participants. We have received a sufficient number of proposals for cooperation. And this is also very pleasant.

We also met our long-time friends and partners: the director of the STELS Research Institute of Forensic Expertise Alexander Yuryevich Vlasov, as well as Igor Vladimirovich Vyshev, a legend of Russian transhumanism, an immortalist philosopher who lives in Chelyabinsk.

Despite the fact that our group arrived in Chelyabinsk at night on the eve of the exhibition, our small but attractive stand was ready on time. We had a lot of materials: brochures on cryonics as a science in general, brochures from the II International forum of commercial space industry, special brochures for funeral workers, business cards, posters.

The stand was constantly approached by visitors, and our employees were literally "torn to pieces." Everyone wanted to talk with us. Many already knew about "KrioRus", and the questions were only about how many clients we have and what's new. Rarely we met those who had not heard anything at all about cryonics. Those were maybe 2 - 3 people for the whole exhibition. 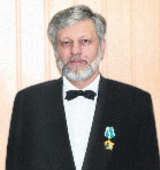 Overall impression of the exhibition: dynamic, bright, it was very interesting for us to learn about the positive changes that take place in the funeral sector.
We would like to express special gratitude to our great friend and like-minded person Sergey Borisovich Yakushin (right), who is the president of the exhibition and the director of the Novosibirsk crematorium.
We spoke with him about plans to hold the main exhibition in Moscow: "Necropolis of Tanexpo". Sergey Borisovich is developing an important job of training personnel for the funeral sector.
Without changing it radically, he improves society's traditional notions of  sorrow. We also had a conversation with our long-standing partners and colleagues who represented companies "Hermis", "Mirtels" and the group of companies "Dolg".

On the second day of the exhibition, Konstantin Atamanyuk, the director from Moscow who shot a film about transhumanism and about Igor Vyshev, joined us.  We communicated with Constantine before and helped with his earlier project. Constantine was with our group for the whole day and the whole evening. After the exhibition, everyone went to talk with Alexander Vlasov and Igor Vyshev. 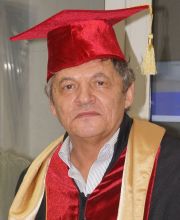 The evening meeting that took place was very useful and productive. We discussed a number of topics to be worked on in the future, such as compliance with the will of the deceased and other legal and organizational issues of cryonics. We are touched by the warmth with which these wonderful people treated "KrioRus".
In general, our participation in the exhibition "Necropolis - Ural 2017" helps "KrioRus" to make one more step towards the expansion and improvement of the quality of cryonics in the Urals and Siberia.

Left below - Vlasov Alexander Yurievich.
P.S. It is also very pleasant that the article "Cryonics - as an alternative form of burial" was published on the site of the partner of the exhibition "Necropolis" in anticipation of the performance of the exposition "Necropolis - Ural 2017". 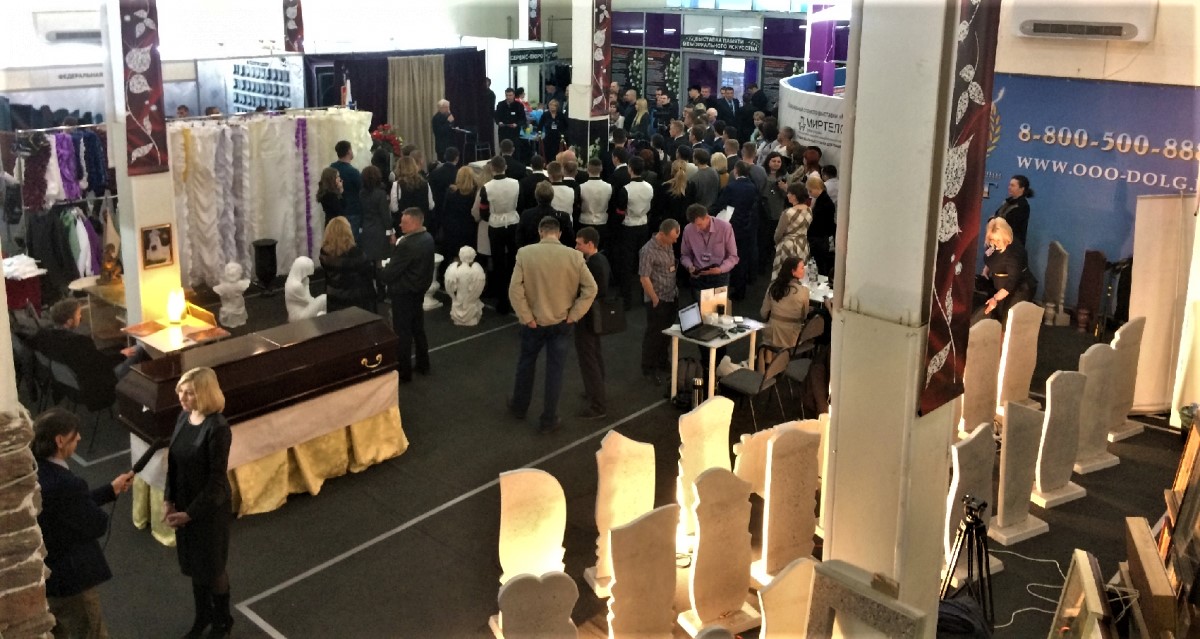 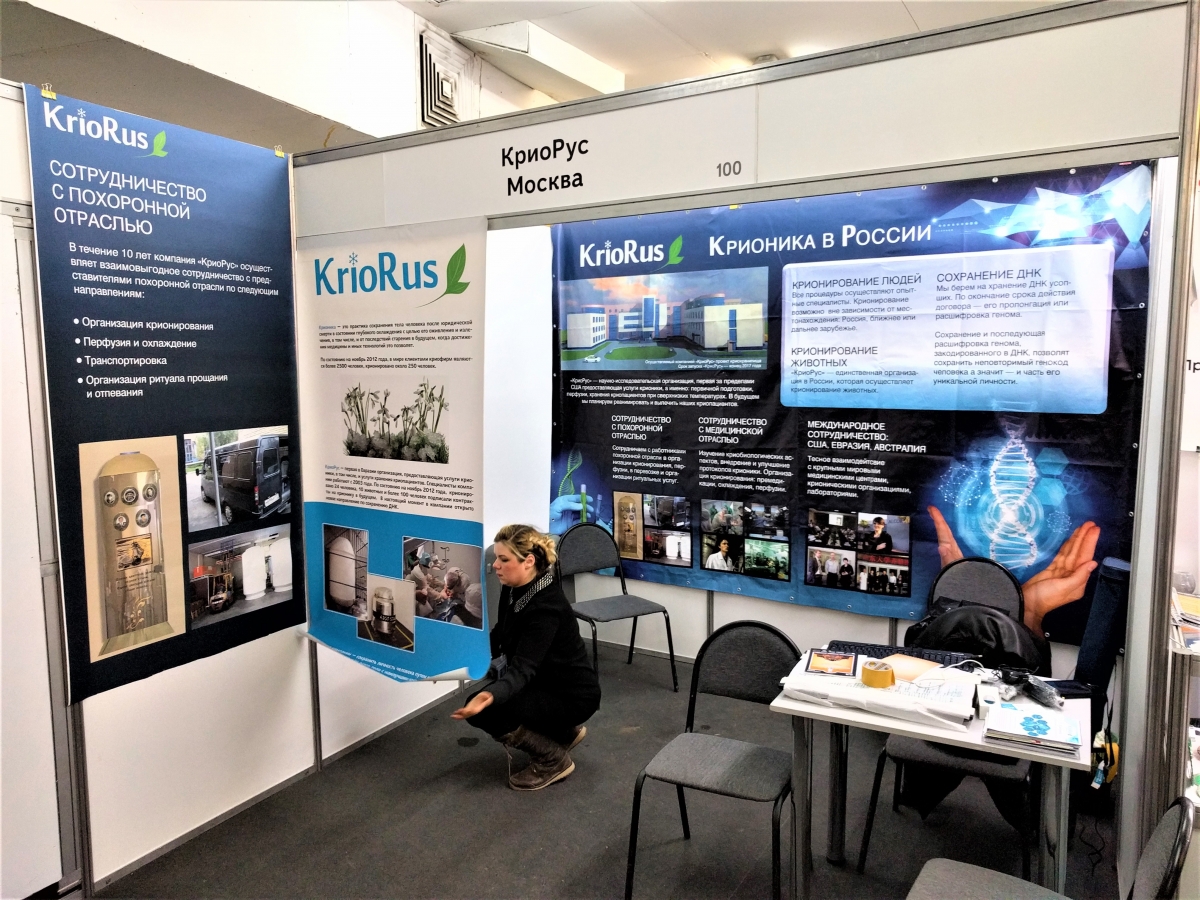