Minutes of our meeting with our representative in Italy 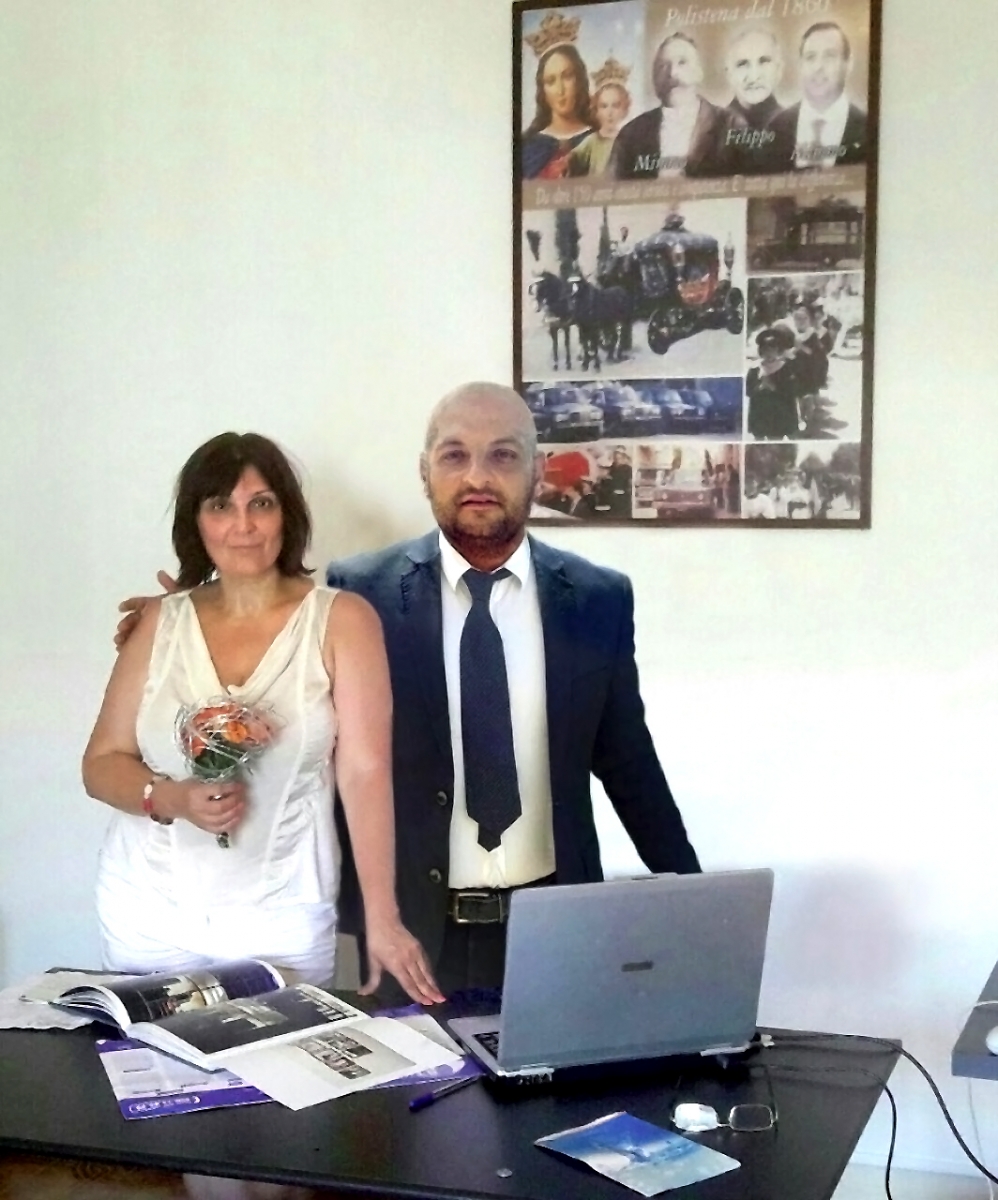 On July 22 and 23, 2017, in the city of Mirandola Italy, the director of KrioRus, Udalova Valeriya Viktorovna, paid a working visit to the representative of KrioRus in Italy, Mr. Filippo Polisteno of Polistena Human cryopreservation.

We have already reported how Mr. Polistena has begun working actively upon the promotion of cryonics in his region, and also on the technical preparation of this process. Currently Mr. Polistena is opening a new office in one of Mirandola's business centers. He also purchased a hearse for the cold transportion of cryopatients. Also Valeria Viktorovna was able to inspect the first version of the ambulance configuration, planned for converted into a cryomobile, offering several recommendations for improving the internal design of the vehicle.

We also agreed that our specialists in Russia, our engineers, will supply more detailed recommendations to the Polistena Human criopreservation company toward properly equipping their cryomobile for carrying out perfusion and transportation for cryopatients onsite.

Also in the near future in Mirandola a so-called "cryotochka" or cyocrypt will be constructed for frozen storage of ready-made reagents for perfusion. If necessary for perfusion anywhere in Europe, our specialists can arrive at the site of the operation very quickly. But in such time sensitive urgency, the reagents simply cannot be purchased fast enough; it simply takes too long. In such cases solutions of cryoprotectants from the cryotochka can be prepared and remain ready for at least 8 hours.

Therefore, the presence of such cyocrypts, wherein the frozen solutions will be stored and always ready together with at least a minimal set of equipment for perfusion, greatly simplifies the process within a country or region. This "cryotochka " will be constructed by Filippo Polisteno and Polistena Human criopreservation in the very near future.

Valeria V. noted that during meetings with some well-known townspeople, it became gratifyingly clear how many people in Mirandol know about cryonics, treating cryonics with interest and quite positively.

Mirandola, located in the Emilia-Romagna region, under the administrative center of Modena, is indeed a very special city. In and of itself, Mirandola is small , with a population of approximately 25 thousand people. But strangely enough, as the citizens proudly informed me, Mirandola actually produces 4% of Italy's income. This is because Mirandola is a center of biomedical technology and the production of devices, artificial organs, various biomedical devices. Mirandola, oddly enough, is where cryonics in Italy was born. Mirandola could not have been better tailor made for the inception of cryonics. Historically, the city is associated with medicine and even with perfusion, because in the vicinity of Mirandola there is a fairly large number of factories producing various equipment, including peristaltic pumps for perfusion.